The Bible was recorded by around 40 men over 1,500 years. But it claims there is one ultimate Author: God. We list the possible writers of all 66 books below.

Who were the authors of the Bible?

God inspired about 40 different writers to record the entire Bible. The men who wrote the most books are Paul (13 or 14), Moses (5) and John (5). In this article you will find a list of the possible human authors of all 66 books of the Bible.

The Bible is one of the most reproduced books of all times. It has been translated into hundreds of languages and can be found in all parts of the earth.

According to the Guinness Book of World Records, “Although it is impossible to obtain exact figures, there is little doubt that the Bible is the world’s best-selling and most widely distributed book. A survey by the Bible Society concluded that around 2.5 billion copies were printed between 1815 and 1975, but more recent estimates put the number at more than 5 billion. By the end of 1995, … the whole Bible had been translated into 349 languages; 2,123 languages have at least one book of the Bible in that language.”

The Bible is also the earliest mechanically printed full-length book; the Gutenberg Bible was printed in Mainz, Germany, around 1455.

It is the most influential book ever written, making incredible claims regarding the future. It promises that humans can live forever and become members of the family of God. It explains why humans suffer and the real purpose of human life. It explains how suffering will come to an end and announces a time when there will be no more pain, sorrow and death. Its promises and messages concerning the future are astounding.

So who wrote the Bible?

Scripture is “given by inspiration of God” (theopneustos, literally “God-breathed”). God, through His Holy Spirit, inspired men to record His message; and therefore it has divine authority for doctrine, for reproof, for correction and for instruction in righteousness.

The only part of the Bible we are told that was specifically written by God is the 10 Commandments.

“And when He had made an end of speaking with him on Mount Sinai, He gave Moses two tablets of the Testimony, tablets of stone, written with the finger of God” (Exodus 31:18; see also 32:16 and 34:1).

For the rest, God inspired men from diverse backgrounds and generations to record His message for mankind.

For a period of about 1,500 years, God inspired prophets, judges, farmers, shepherds, fishermen, doctors and kings to record His thoughts, much like a manager might dictate instructions or a letter to an assistant or secretary. At times God allowed the human writers to use their own words or terminology, but all received divine inspiration from God—who is really the One who wrote the Bible.

The apostle Peter wrote, “Knowing this first, that no prophecy of Scripture is of any private interpretation, for prophecy never came by the will of man, but holy men of God spoke as they were moved by the Holy Spirit” (2 Peter 1:20-21).

Scripture is not a matter of man’s own interpretation; the writer does not write from his own initiative or impulse, but as he is moved or inspired by the Holy Spirit. Thus, the Bible is God’s message communicated by men as they were moved by God.

The Bible records the word of the Lord

In other words, the prophet stated with clear authority that God, the Creator of the universe, actually communicated His message personally to the prophet.

For example, Isaiah records: “And the word of the LORD came to Isaiah, saying, ‘Go and tell Hezekiah, “Thus says the LORD, the God of David your father: ‘I have heard your prayer, I have seen your tears; surely I will add to your days fifteen years’”’” (Isaiah 38:4-5).

In other cases prophets described their own experiences and offered different perspectives on the same event. They presented the message of God in different styles and languages, and yet the Holy Spirit guided their thoughts and minds to present God’s divine truth and not merely their own humanly devised message.

Some writers claimed to see God and speak to Him face to face (Exodus 33:11). Hundreds of thousands if not millions heard His voice giving the 10 Commandments (Exodus 20:1-22). It was so powerful and frightening the people said, “Let not God speak with us, lest we die” (verse 19).

When the Author of the Bible came to earth

The Bible also claims that God emptied Himself of His divinity and walked the earth in human form, eating, sleeping, laughing, crying, touching, healing, teaching and finally dying. Multiple thousands witnessed these events, and some of Jesus Christ’s trusted disciples recorded His words and teaching.

Jesus Himself did not write these books with His own hand, though He certainly knew how to write. (John 8:6 and 8 show Him writing on the dust of the temple floor, but what He wrote is not recorded.) Instead God inspired disciples to record, collect and preserve Jesus’ teachings in the New Testament.

The apostle Paul claimed to have seen Jesus after His death and resurrection and professed that his teaching came directly from Him (Galatians 1:11-12; 2 Corinthians 12:2; 1 Corinthians 15:8).

The human writers of the Bible

Even though it is really God who wrote the Bible, He used humans to write it down for us. In many cases the human writers are named, but other times we look to tradition or other clues to determine who the writer might have been.

The books of the Bible and their possible writers are listed below.

Who wrote the Old Testament?

Who wrote the New Testament?

Can we prove that God wrote the Bible?

Christ gives us the key for determining the validity and truthfulness of the biblical writings. He stated to those who questioned Him, “My doctrine is not Mine, but His who sent Me. If anyone wills to do His will, he shall know concerning the doctrine, whether it is from God or whether I speak on My own authority” (John 7:16-17).

The biblical formula for proving the truth of the Bible is to do what it says. We can prove to ourselves the claims of the Bible by obeying the commands given by God contained in its pages.

For more on this, download our free booklet Is the Bible True? 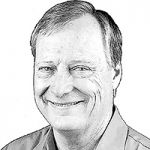 David Baker is a pastor for the Church of God, a Worldwide Association.  He is currently serving as regional director for the Philippines, Asia and Australia.  He is happily married to his wife, Dorrie. They have been married for more than 32 years and have two children.