Prophecy: What Lies Ahead for You and Your World?

It’s been amazingly accurate before, so maybe we ought to find out what the Bible says about events yet on the horizon! Prophecy—tomorrow’s news today!

A prophecy is a prediction of something that will happen in the future. God is the Author of prophecy in the Bible.

Biblical prophets were individuals chosen by God to reveal the messages He gave them.

As The International Standard Bible Encyclopedia notes: “According to the uniform teaching of the Bible the prophet is a speaker of or for God. His words are not the production of his own spirit, but come from a higher source. For he is at the same time, also, a seer, who sees things that do not lie in the domain of natural sight, or who hears things which human ears do not ordinarily receive” (“Prophecy, Prophets”).

Biblical support for this explanation is clearly seen when God appeared to Aaron and Miriam and said, “Hear now My words: If there is a prophet among you, I, the LORD, make Myself known to him in a vision; I speak to him in a dream” (Numbers 12:6).

Many of the prophecies recorded in the Bible have already come to pass. Many more remain to be fulfilled at the end of this present age, before Christ’s return to earth and after. As we study this important part of Scripture, we need to keep in mind several important principles:

Learn more about the significance of Bible prophecy by reading the following sections:

Prophets and false prophets in the Bible

Throughout the Bible a number of people are recorded as serving as prophets of God. Beginning with Abraham (Genesis 20:7), both men and women—called prophetesses (Exodus 15:20; Judges 4:4)—have faithfully served as God’s messengers. 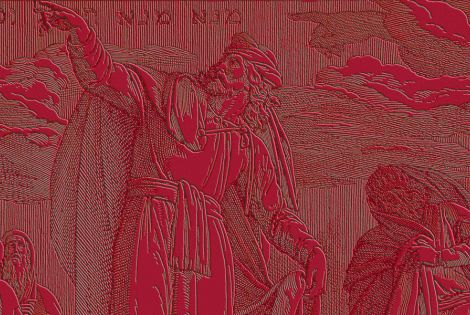 Read more about prophets in the Bible.

For example, during the time of Nehemiah, a false prophetess by the name of Noadiah tried to discourage the work God was doing through Nehemiah (Nehemiah 6:14).\

Additionally, the book of Revelation corrects members of the Church for allowing “that woman Jezebel, who calls herself a prophetess, to teach and seduce My servants to commit sexual immorality and eat things sacrificed to idols” (Revelation 2:20).

In His famous Sermon on the Mount Jesus said, “Beware of false prophets, who come to you in sheep’s clothing, but inwardly they are ravenous wolves” (Matthew 7:15). Later, in His Olivet Discourse (Prophecy), He added that “many false prophets will rise up and deceive many” (Matthew 24:11).

In the book of Revelation, Jesus also speaks of “the false prophet”—a particularly deceptive person who will arise in the end times (Revelation 16:13; 19:20; 20:10).

For help in determining whether someone is a true prophet of God, consider applying the four biblical tests outlined in the article “False Prophets.”

We also have articles on a number of prophets, such as Moses, Samuel, David, Elijah, Isaiah, Jeremiah, Ezekiel and others.

12 tribes of Israel in Bible prophecy

Many people today think of the 12 tribes of Israel as simply a historical curiosity without any continuing relevance. But there are some amazing future prophecies regarding these peoples. 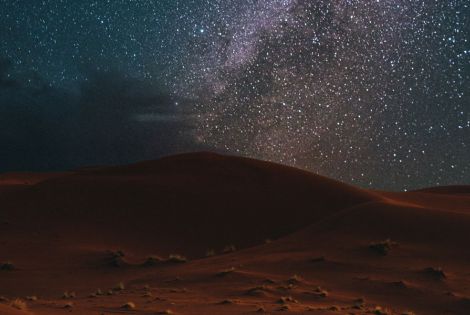 Learn more about the 12 tribes of Israel.

Why does the Bible continue to mention these people long after their two nations of Israel and Judah came to an end? Where are these people today? How do they figure in end-time prophecy? The articles in this section answer these questions and many more.

The Middle East in Bible prophecy

Of all the places on earth, the Middle East is the premier location for biblical history and prophecy. It’s where God created the first humans. It’s where civilizations began. It’s the land of the prophets and the ancient nation of Israel.

Looking to the future, Jerusalem is going to be the city from which Jesus Christ will rule when He returns and establishes the Kingdom of God on earth. As God told David and Solomon, Jerusalem is the place He has chosen out of all the tribes of Israel and the place He will put His name forever (2 Kings 21:7).

The Middle East has also been one of the most fought-over pieces of real estate on earth, and sadly, this legacy is prophesied to continue in this present age.

The articles in this section of our website will help you discover what the Bible predicts will happen in this volatile part of the world as we enter the end times prior to and at Christ’s return.

Understanding the prophecies of the book of Daniel

The book of Daniel focuses on world-ruling empires or blocs of nations that would arise and exist from Daniel’s time until Christ’s return.

This book has so many detailed prophecies regarding the major world powers that some have questioned whether Daniel could have truly written about these events prior to their occurrence.

Contrary to theories of the skeptics, who question the date of Daniel’s writing, the contents of this book—which were revealed to Daniel by God—prove that God does indeed control world events and that He can announce them in advance. 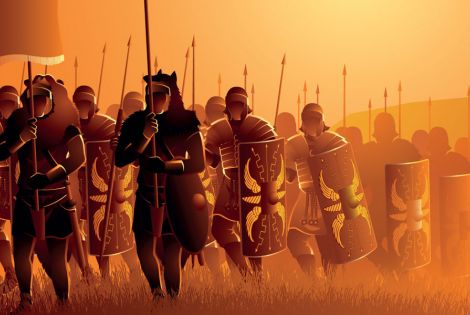 More about the book of Daniel in prophecy.

To learn more about this remarkable book and the prophecies it foretells, see the accompanying articles in this section of our website.

Understanding the book of Revelation

Many people find the last book of the Bible—the book of Revelation—one of the most difficult to understand. This is ironic since its beginning words state that it is “the Revelation of Jesus Christ, which God gave Him to show His servants—things which must shortly take place” (Revelation 1:1, emphasis added).

So, instead of being a mystery, the book was designed to reveal what will occur.

Even so, people wonder about the meanings of the seven churches of Revelation, the seven seals, the seven trumpets, the seven bowls of wrath, the 144,000, two beasts and the mark of the beast, a false prophet, Babylon the Great, and New Jerusalem. The articles in this section of our website address these important topics and more.

Prophecies of the Kingdom of God

The Kingdom of God was a central component of Jesus’ ministry (Mark 1:14). He often spoke on what this Kingdom is like and what one must do to enter it. 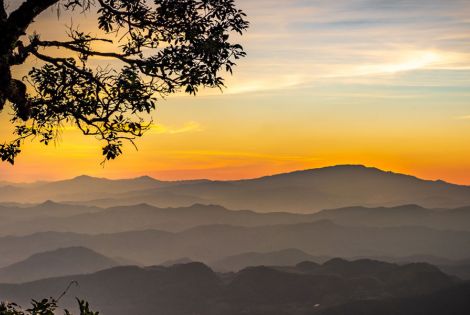 Learn more about the Kingdom of God.

When, where and how this Kingdom will be established has puzzled many. Some have suggested the Kingdom is within us. Others have said it is the Church. But do these explanations fit what the Scriptures teach?

For the biblical explanation and instruction on how we can seek this Kingdom now, see the articles in this section of the website.

What you need to know about the end times

Biblical prophecy indicates that today’s world is going to become so corrupt that it will be like the days of Noah before the Flood (1 Peter 3:20; compare Genesis 6:5-8).

Conditions will become so bad that it will be necessary for God to intervene to save mankind from extinction.

Speaking of this time, Jesus said, “And unless those days were shortened, no flesh would be saved; but for the elect’s sake those days will be shortened” (Matthew 24:22). Fortunately, God has a plan by which we can be delivered from “this present evil age” (Galatians 1:4). 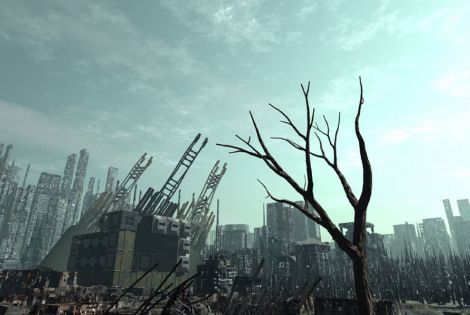 Are we in the prophesied end times? Find out.

The Bible teaches that just as in Noah’s day, most people in the future will also be unaware of God’s impending intervention (Matthew 24:37).

What are the signs of the end of this age? What is going to happen during this time of trouble? Why will all this evil occur? In light of these prophecies, what does God expect of us?

Answers to these questions are found in the many articles in this section.

With the world’s largest economy and biggest military budget, the United States of America is widely perceived to be the most powerful country in the world. Since the Bible addresses what will happen to so many countries in the end time before Christ’s return, it makes sense that the U.S. would be included in this group of nations.

Biblical prophecy does address the U.S., but students of the Bible have to know how this nation is identified. In the section on the “12 Tribes of Israel,” evidence is presented that links this nation to the descendants of Joseph and specifically to the tribe of Manasseh, whose people were part of the ancient nation of Israel.

For further explanation of the prophecies that describe America’s existence and prominence, see the article “Blessings of Abraham.” Additional articles in this section explain why God is angry with America and why He will punish its citizens if they do not repent of their sinful conduct. 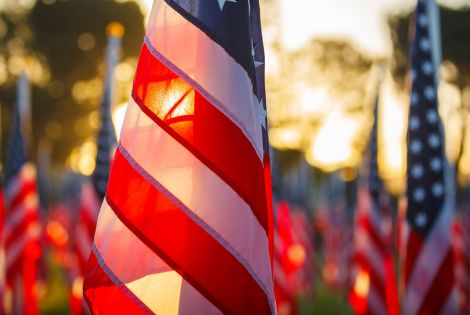 See how America plays a part in prophecy.

Bible prophecy in the news

Watching biblical prophecy unfold while staying close to God is something Jesus strongly implores us to do (Luke 21:36). Jesus said that the purpose for our doing so is that we might “stand”—or take our “place before the Son of Man” (Bible in Basic English). And God desires to place us in the role of “kings and priests” when Christ returns, serving under Him during His millennial reign on earth (Revelation 1:6; 5:10). 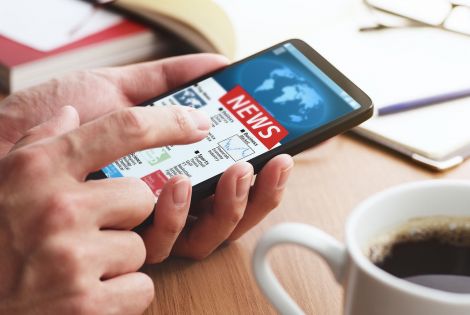 More about Bible prophecy in the news.

Watching prophecy helps us to remain focused on God’s plan to establish the Kingdom of God on earth. And it gives us motivation to prepare now so we can help Christ rule over those humans who survive the Great Tribulation and live during His coming millennial reign.

But with so much news these days coming from all over the world, how can we know what to watch? And what is the significance of the events that are transpiring?

The article titled “Prophecy in the News” provides a good overview of current prophetic trends that deserve our attention. It also provides further explanation as to why we need to watch prophecy in the news.

In addition to the articles that address prophetic issues in this section of the website, we offer free blog posts addressing current events and their prophetic significance. Here is a link to subscribe to these free, insightful News & Prophecy blog posts.

Biblical prophecy is a wonderful gift from God. Through fulfilled prophecy, we can have confidence in what the Bible predicts. Through future prophecies, we can know in advance what is going to occur.

Be sure to study this important subject to further your relationship with God!