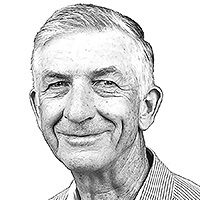 Bruce first became aware of the wonderful truths of the Bible as a child of 7 years of age while sitting and listening to a minister on the radio with his parents. Two topics that grabbed his attention in those years were, “Why were you born?” and the identity of the United States and Britain in biblical prophecy. In his late teen years, he realized it was time to do more than listen; it was to live it!

Bruce lives in Atlanta, Georgia, and as a retired minister has more time for reading and yardwork as well as continuing to serve in a more limited way in the Church of God, a Worldwide Association.