The label Christian is given generously, but being known as a disciple is rare. What’s the difference? What do these words tell us about how God wants us to be?

I was somewhere around the age of 8 or 9 when I first fielded the question, “What kind of church do you attend?” The question came from a curious classmate.

How does an 8-year-old answer such a question? Well, I answered the same way millions of other children, teens, young adults and adults have most likely answered for hundreds of years—“I’m a Christian.”

Christian is an easily recognizable category. According to Merriam-Webster.com, the modern English definition of Christian is “one who professes belief in the teachings of Jesus Christ.”

A Christian is generally understood to be someone who believes Jesus existed and was the actual Son of God who died on the cross and was resurrected as the Christ—our Savior.

That’s certainly a foundational concept, but is that all there is to it?

Is just saying you “believe” all that it takes to be a Christian?

Unfortunately—and I say unfortunately because much of the world misunderstands—there’s much more to being a Christian than just saying you are.

Origin of the word Christian

To define being a Christian, it’s beneficial to understand where the term began. You may find it surprising that the name did not begin as a term of endearment or a badge of honor. In fact, there’s little evidence that those who followed Christ’s teachings in the first century called themselves Christians.

It seems it was people outside the Church who first called them Christians.

The first recorded use of this label comes in Acts 11:26, “The disciples were first called Christians in Antioch.” This indicates that it was the people of Antioch who referred to the believers this way.

There are only two other uses of the term Christian in Scripture: Acts 26:28, where King Agrippa uses the term, and 1 Peter 4:16, where being a Christian is associated with suffering.

Is everyone who calls himself or herself a Christian automatically a true Christian?It’s safe to assume being labeled as a Christian today is much more benign than it was in the first century. And with the sparse biblical use of the term, it seems people have accepted a very broad definition for Christian.

But is everyone who calls himself or herself a Christian automatically a true Christian?

If we can’t find the term clearly defined in Scripture, let’s look at the characteristics of the people who were given this label in the Bible.

From the book of Acts through the book of Revelation, the New Testament examples of those called Christians show people who were completely dedicated to living by the teachings of Jesus Christ. These were not people who gave lip service to some new, fad religion.

They not only believed Jesus was the Messiah, but also made it their life’s mission to adhere to Christ’s commands and to accept and assist in spreading the true, authentic doctrine they had been taught by Him.

Being a “believer” was not just professing a word, but living a way of life. How do we know? Because they were willing to face great persecution, even to the point of death and martyrdom, in order to hold to their faith and the doctrines of Christ.

A Christian—a follower of Christ—is someone who follows every example, every instruction, every command given by Jesus Christ. According to the Bible, Christians do more than just profess their belief in Christ; they tailor all they do after Him, regardless of whether or not it’s acceptable in society or the easy choice.

They, too, stood bravely against the enemies of their way of life, just like the faithful people of God who had gone before them, described in Hebrews 11:36-38:

“Still others had trial of mockings and scourgings, yes, and of chains and imprisonment. They were stoned, they were sawn in two, were tempted, were slain with the sword. They wandered about in sheepskins and goatskins, being destitute, afflicted, tormented—of whom the world was not worthy. They wandered in deserts and mountains, in dens and caves of the earth.”

True Christians, as the examples of the early New Testament believers show, are willing to put aside their own desires and wholeheartedly dedicate every aspect of their lives to following Christ, the One whose name they bear! Being a true “Christ follower” requires actually living like Him.

If being a true Christian is following the examples and teachings of Jesus Christ, then what is a disciple? Is a disciple some type of next-level Christian—someone who has proven himself or herself more righteous than a regular Christian—like a super Christian?

The Greek word mathetes means “a learner, pupil, disciple,” “one who follows one’s teaching” (Thayer’s Greek Lexicon). Though disciple is often used of the 12 who were closest to Jesus, the Gospels and Acts use it far more broadly to describe all followers of Christ.

As Jesus said, “A disciple is not above his teacher, but everyone who is perfectly trained will be like his teacher” (Luke 6:40).

Jesus explained the conditions for being a disciple. He said, “Whoever does not bear his cross [isn’t willing to suffer for his faith] and come after Me cannot be My disciple” (Luke 14:27). And one must be willing to forsake all worldly focused desires to be a disciple of Christ (verse 33).

So being a disciple of Christ means abiding in—adhering to—His teachings, imitating His actions, and treating all others in a Christian manner—showing genuine love to everyone, everywhere, every day.We also see in John 8:31 that Christ expects adherence to His teachings: “If you abide in My word, you are My disciples indeed.”

Of course, kindness and respect should be shown to “all men”—not just fellow disciples (1 Timothy 2:1; Titus 3:2). God is the creator of all, and He “desires all men to be saved and to come to the knowledge of the truth” (1 Timothy 2:4).

So being a disciple of Christ means abiding in—adhering to—His teachings, imitating His actions, and treating all others in a Christian manner—showing genuine love to everyone, everywhere, every day.

Is there a difference between a Christian and a disciple?

The parallels are unmistakable.

Both are steadfast in their conviction. Both adhere wholeheartedly to His message, following every aspect of that message, no matter what.

There is only one way to be a true follower of Christ. It means far more than just believing Jesus came as the Son of God to take away the sins of the world.

It means surrendering our lives to His every instruction—not just acknowledging Him, but changing how we live. This means keeping God’s commandments, observing His weekly and annual Sabbaths, leaving behind sexual immorality, treating all others with love and respect regardless of race or nationality, and doing all we can to mirror the life of our Savior Jesus Christ.

This requires repenting of past sins, being baptized and receiving the Holy Spirit—the help we need to be able to truly follow Him (Acts 2:38).

If we do these things, we can be a true Christian and disciple of Christ. 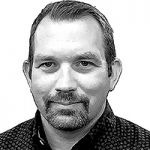