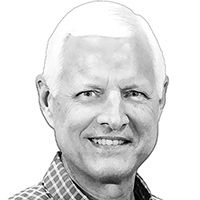 David Treybig is a husband, father and grandfather. He and his wife, Teddi, have two grown children and seven grandchildren. He currently pastors the Austin, Texas, congregation of the Church of God, a Worldwide Association. He has served in the pastoral ministry for over 40 years, pastoring congregations across six states.

In addition to his pastoral responsibilities, he enjoys writing and has served in various editorial roles. He currently serves as the senior editor for Discern magazine and as a writer and editor for articles and blogs that appear on Life, Hope & Truth. In the last two decades, he has written a number of booklets and articles. Having grown up in a family that practiced first-century Christianity, he has an intense interest in learning and writing about those timeless teachings.

David has a wide range of interests, which include spending time with family and friends, traveling, playing sports, hunting, fishing, gardening and continuing to learn the eternal truths found in the Bible.