What is so important about the coming Kingdom of God? Why did Jesus teach us to pray “Thy kingdom come” in what’s often called the Lord’s Prayer?

Early in the ministry of Jesus Christ, His disciples asked Him to teach them how to pray. He then gave what is commonly known as the Lord’s Prayer, which is an outline of specific principles to pray about rather than a set of words to be repeated every time one prays.

After teaching them to address their prayers to God the Father, He said to pray, “Thy kingdom come. Thy will be done, as in heaven, so in earth” (Luke 11:2, King James Version, emphasis added throughout). Why pray “Thy kingdom come”?

During His earthly ministry, Jesus often preached about the Kingdom of God. In Matthew 24:14 He tells us that “this gospel [message of good news] of the kingdom will be preached in all the world as a witness to all nations, and then the end will come.” He further tells us to “seek first the kingdom of God” (Matthew 6:33). Why?

Jesus went on to say there would be a time of “great tribulation, such as has not been since the beginning of the world until this time, no, nor ever shall be. And unless those days were shortened, no flesh would be saved” (Matthew 24:21-22).

What does this mean for us? Why will mankind come to the brink of annihilation?

Six thousand years of human history have shown that man cannot solve his problems with other humans, short of going to war.

“Although war has been a near constant in the human condition (estimates are that over the last 3,500 years there have been only 230 years of peace throughout the civilized world), it is the past 100 years that will undoubtedly be remembered as the military century. Of all war fatalities over the past half millennium, fully three-quarters occurred during the twentieth century—including roughly 26 million in World War I and 53 million in World War II” (Michael C. Kearl, Encyclopedia of Death and Dying).

Recognizing this proclivity of mankind to go to war, some have suggested that wars are normal and even necessary to bring about the relatively few years of peace that mankind has experienced. The end result of this philosophy is that humans are almost perpetually at war with each other. If we believe that we have to have war, we will have war.

The weakness of human reasoning

The prophet Jeremiah explains the problem with human reasoning apart from God: “O LORD, I know the way of man is not in himself, it is not in man who walks to direct his own steps” (Jeremiah 10:23).

Here, Jeremiah is simply saying that man does not know how to consistently govern himself and make good decisions. While pop psychology often advises us to look within ourselves for the answers to life’s problems, the truth is that we don’t always have those answers.

The book of Proverbs tells us: “There is a way that seems right to a man, but its end is the way of death” (Proverbs 14:12).

What many don’t realize is that mankind’s most challenging problems are spiritual in nature. Unfortunately, our natural way of thinking and acting is contrary to the way of God.

Addressing this human weakness, Paul wrote, “For to be carnally minded [our natural, human way of thinking] is death, but to be spiritually minded is life and peace. Because the carnal mind is enmity against God: for it is not subject to the law of God, nor indeed can be” (Romans 8:6-7).

Earlier, through the prophet Isaiah, God told ancient Israel, “Your iniquities have separated you from your God. … For your hands are defiled with blood, and your fingers with iniquity; your lips have spoken lies, your tongue has muttered perversity. No one calls for justice, nor does any plead for truth. They trust in empty words and speak lies; they conceive evil and bring forth iniquity” (Isaiah 59:2-4).

Describing the progression that occurs when people reject God, the prophet continued: “In transgressing and lying against the LORD, and departing from our God, speaking oppression and revolt, conceiving and uttering from the heart words of falsehood. Justice is turned back, and righteousness stands afar off; for truth is fallen in the street, and equity cannot enter. So truth fails, and he who departs from evil makes himself a prey. Then the LORD saw it, and it displeased Him that there was no justice” (verses 13-15).

Before the Kingdom comes: The “lie”

As we come to the end of this present age just before Christ’s return to earth, mankind’s unwillingness to obey God and the unsound thinking that automatically accompanies this choice will cause many to believe a false religious leader.

In 2 Thessalonians 2 we read that at the end time many will be deluded by one sitting in the temple of God, saying he is God. According to verse 11, God “will send them strong delusion, that they should believe the lie.”

The meaning of this verse is that God will allow humans to go their own way, to make their own choices, which includes rejecting God and His instructions, rather than God deliberately deceiving them. When humans choose their own way over God’s, they lose the ability to make sound decisions.

The modern practice of nations to remove God and the Bible from public view vividly illustrates this point. As God and His ways are forgotten, humans lose the spiritual guidance they so desperately need.

The account of Adam and Eve in the Garden of Eden explains how and why humans have lost the ability to make good judgments. In the beginning we read in Genesis 2:15-17 that God was and is in charge. God revealed Himself as Creator and Ruler. He had authority, and He gave commandments about how people should live. Unfortunately, Adam and Eve rejected God’s divine revelation and authority over their lives.

In Genesis 3:1-7 and 9-11 we see Adam and Eve deciding to believe Satan’s lie that humans were fully capable of successfully making all their decisions apart from God. This was “the lie” that deceived the first humans. Satan started the lie that we can decide for ourselves, apart from God, what is right and what is wrong.

So what is the answer to mankind’s misguided thinking that brings about war, violence, pain and suffering? The solution is found in “Thy kingdom come.” The Kingdom of God, under the direction of Jesus Christ, must come and save man from himself.Reflecting this thinking, many today believe that truth is relative—that biblical teaching is merely an opinion. Jesus, however, said that God’s “word is truth” (John 17:17). Rejecting the guidance of God, mankind’s misguided thinking has led to many sins and violence (see Romans 1 and Isaiah 59).

The early chapters of Genesis also illustrate this rejection of God and degeneration into violence. This is the fruit of that choice.

Why God’s Kingdom must come

So what is the answer to mankind’s misguided thinking that brings about war, violence, pain and suffering? The solution is found in “Thy kingdom come.” The Kingdom of God, under the direction of Jesus Christ, must come and save man from himself.

Jesus preached a kingdom and a new world in which “the Most High rules in the kingdom of men, [and] gives it to whomever He will” (Daniel 4:17). Under this Kingdom, the nature of man will be changed as he voluntarily follows the instructions of his Creator.

Man cannot rule himself because he has rejected the divine revelation and the authority of God. Instead of following God’s instructions, which would produce peace, he has, to his own detriment, decided for himself what is good and what is evil.

When He said to pray “thy kingdom come,” Jesus knew that man and his nature would bring him to the place that “unless those days were shortened, no flesh would be saved.”

Application for us: benefits of praying “Thy kingdom come!”

The most important decision each of us will make is to decide who will be Lord over our lives. If we submit to God’s authority and follow His instructions, we can find the way to peace and eternal life.

As we pray daily for God’s Kingdom to come, we remind ourselves of our responsibilities to our Creator and we maintain the vision of God’s magnificent future for all who will respond to Him. It is a marvelous future you don’t want to miss. Remember to pray and live for “Thy kingdom come!”

To learn more about God’s Kingdom, be sure to read the other articles in this section on the “Kingdom of God.” For example, for more about the hope and promise of the Kingdom of God and why it will be worth the wait, see “Till Kingdom Come?” 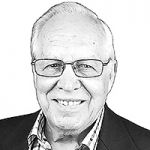