Rudeness is a form of communication that damages our relationships. Yet it is becoming so habitual that we may not even notice we’re doing it.

At home, at work, on the radio and on TV, it seems polite and considerate conversation is practiced less and less. A new generation is being taught by example that being rude is not only acceptable, but necessary.

But something valuable is being lost amid all the rudeness.

Are you communicating or competing?

Turn on talk radio or the television in America, and it seems that within just a few minutes you’ll hear one or more of the following:

The one who speaks the loudest or is the most persistent is the one who seems to take the floor. How rude!

Rude behavior is often experienced in the workplace as well. How many times have harsh, loud or angry words been used to interrupt others and cut them off—or attempt to cut them down—before they have a chance to complete a thought?

If a person were to eavesdrop on your office, shop or boardroom, would he or she be witness to such incivility? Sadly, a spirit of contention pervades some workplaces and causes most communication to be negative. Sometimes we feel that we have to be loud, rude or obnoxious or we won’t be heard. It should not be so.

What about your home? Does the shouting match continue there? If a microphone were lowered into your kitchen, living room or den, would an audience be treated to the same cacophony of competing voices—each ever more strident? Do members of your family shout each other down to try to get their points across? It should not be so.

Does sound reasoning usually convince everyone, or is the point won by the one who speaks the loudest or interrupts the most? Do our children raise their voices or constantly interrupt their parents in order to get their way? How rude! This also should not be so.

The lost art of discussion

It seems that the art of civil discussion is rapidly being lost. Discussion involves talking through a subject by a group—an earnest conversation—not loudly disputing each other. Sometimes people are so focused on proving they are right that they shout others down in an attempt to show their superiority.

What do you mean, rude?

According to thefreedictionary.com, the definition of rude is: “Relatively undeveloped; primitive. … Being in a crude, rough, unfinished condition. … Lacking the graces and refinement of civilized life; uncouth. … Ill-mannered; discourteous. … Abruptly and unpleasantly forceful.”

No matter how you want to define the word rude in regard to our communication, it is never a positive thing! We don’t want this to define us.

The unpleasant behavior of shouting down others, talking over them and interrupting or cutting them off is far too frequent. This is not communicating; this is competing. How rude!

What about you? If others were to describe you, would it be said, “There’s no talking to her. If you try to make a point, she interrupts or talks over you, and no one else has a chance to be heard.” Or, “He communicates like a caveman. If he doesn’t like what is being said, he tries to intimidate others by loud, forceful words until others are quiet. He thinks that others have finally come to agree with his point when, in reality, they just don’t want to continue to fight!”

Or, in contrast, are you known for your ability to draw out the ideas of others, taking their points into consideration? When someone speaks to you, can they expect to be fully heard rather than being intimidated or even shouted into silence?

One of the hallmarks of a civilized society is the ability of its citizens to listen to and consider the thoughts and ideas of others. That simply is not possible if a speaker is rudely interrupted or shouted down.

One of the hallmarks of a civilized person is his or her ability to politely consider the thoughts of others and treat them with respect. One who feels he is so right that he must shout all others into accepting his position is weak indeed. Sound reason, not volume, must win the day.

It is interesting that the Jews in first-century Berea are described as an outstanding example. Rather than rudely shouting down the new ideas that the apostle Paul presented, “they received the word with all readiness, and searched the Scriptures daily to find out whether these things were so” (Acts 17:11).

You can gain recognition from other humans by being loud, rude and forceful. But this gains nothing with the One who matters most—our Creator God. He tells us, “This is the one I esteem: he who is humble and contrite in spirit” (Isaiah 66:2, New International Version).

If you can identify rudeness in yourself, you may ask: How do I stop treating others rudely? What steps can I take to become civil and polite? Here are a few suggestions as a place to begin:

One of the great enemies of civility is a lack of self-control. Restraining our impulse to interrupt and blurt out our opinion is a sign of a wise man or woman. It also allows us to fully hear others and their ideas. “Whoever guards his mouth and tongue keeps his soul from troubles” (Proverbs 21:23).

We disrespect others when we interrupt them or shout them down. Exercising the self-control to allow others to speak shows them honor and respect. Granting this kind of honor to another requires a degree of humility—the understanding that the other person may have something of value to offer. “Before honor is humility” (Proverbs 15:33).

Waiting our turn to speak is a gift that we give to others. It allows them to finish their thought before we make our comments or corrections. “So then, my beloved brethren, let every man be swift to hear, slow to speak, slow to wrath” (James 1:19).

In a world that is darkened by rudeness and incivility, you can—and should—be different. Make a commitment now to be civil and polite, so that it will never be said of you, “How rude!”

For more information on how to change, see “How to Repent.” 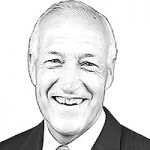