The Butterfly Effect and Our Decisions

Some seemingly small decisions have ended up changing the world. How can we make sure our decisions make our life and future better, not worse?

In 1894 Gavrilo Princip was born into a Serbian family in a little town in Bosnia. Some years before, Bosnia had fallen under the domination of the Austro-Hungarian Empire, and the conditions imposed by the empire in these conquered lands left many people dissatisfied. Young Gavrilo went to study in Sarajevo, where he was influenced by political groups that were in opposition to the Austro-Hungarian Empire’s control of Bosnia.

In 1912 Gavrilo joined a small revolutionary organization called Young Bosnia. This group’s goal was the liberation of Bosnia.

In 1914 Archduke Franz Ferdinand, the heir to the Austro-Hungarian throne, was to visit Bosnia with his wife. Upon learning of his planned visit, the Young Bosnia organization sent six members, including Gavrilo, to assassinate the archduke in order to inspire the masses to revolt and take the first step toward liberating Bosnia.

On June 28, the archduke and his wife headed to the town hall in a motorcade. The Young Bosnians intercepted the motorcade. One of the members threw a grenade toward the archduke’s car, but instead hit another car, injuring two police officers and several bystanders.

After the failed attack, the young man who threw the grenade was caught and the rest of the group dispersed. Unexpectedly, the archduke decided to continue with his schedule. After that meeting, he decided to go to the hospital to visit the officers who were injured earlier in the day.

The officer in charge of the motorcade decided to take the archduke on an alternative route. However, the driver got confused and took the wrong street. Gavrilo happened to be on this street. Suddenly and unexpectedly, he saw the archduke and his wife right in front of him. Without thinking, he took his gun and shot them both.

Shortly after, the archduke and his wife died, and Gavrilo was caught.

The cause of World War I and beyond

After the war, the Treaty of Versailles was signed, imposing heavy sanctions on Germany. These sanctions produced deep discontent among the German population and was one of the major triggers of World War II.

Two world wars, almost 100 million deaths and many more injuries—all this was produced in part by the bad decision of a young man who wanted a free Bosnia.

Demonstration of the butterfly effect

History is replete with stories like this in which the good or bad decisions of one man affect not only his future, but his family, his nation and sometimes even the entire world. This phenomenon of apparently small decisions or actions having enormous unintended consequences is called “the butterfly effect.”

Is there nothing we can do to avoid bad decisions and the ensuing consequences?The term was coined by American mathematician and meteorologist Edward Lorenz after he ran several experiments with models to predict the weather. Through these experiments, he came to realize that even the smallest disturbance in the initial conditions of the system could cause immense changes in the weather of the following days. When presenting his work in 1972, Lorenz speculated about the possibility that a flap of a butterfly’s wings in Brazil could set off a tornado in Texas.

This concept has been observed not only in meteorology but also in many other fields, such as economics, psychology, politics—and, as with Gavrilo, in the consequences of personal decisions.

But what does all this mean for your life? Is it always impossible to know the consequences of our decisions? Is there nothing we can do to avoid bad decisions and the ensuing consequences?

Going back to the Garden of Eden, we can find the first example of “the butterfly effect” in human history. God told Adam and Eve that they could eat from every tree in the garden except the tree of the knowledge of good and evil. Eating of it would produce death (Genesis 2:16-17).

The serpent tempted Eve, and she ate from the forbidden fruit and gave it to Adam, who also ate from it (Genesis 3:6).

God put Adam and Eve out of the Garden of Eden. He closed access to the tree of life for humanity and let them learn on their own about good and evil. This seemingly small decision—eating a piece of fruit—affected not only Adam and Eve, but also their children, the children of their children and, ultimately, all humanity.

All of this, because of one decision to disobey God.

To learn more about the significance of this event, read “Adam and Eve in the Garden of Eden.”

Later in the book of Genesis, we find the story of Abraham. God promised Abraham a son when he was almost 100 years old and his wife was 90 (Genesis 17:17). Even though they initially struggled to believe this promise, they finally believed. God gave them a son whom they named Isaac (Genesis 21:3).

Later, God decided to test Abraham and commanded him to offer Isaac as a sacrifice. Though this was undoubtedly agonizing, Abraham “rose early in the morning and saddled his donkey, and took two of his young men with him, and Isaac his son” with the intention to obey God’s order (Genesis 22:3). But when Abraham was about to sacrifice Isaac, the Angel of the Lord said to him: “Do not lay your hand on the lad, or do anything to him; for now I know that you fear God, since you have not withheld your son, your only son, from Me” (Genesis 22:12).

After this incredible demonstration of faith and obedience, the conditional promises (which God had repeated to Abraham in chapters 12, 15 and 17) became unconditional. God’s promises included not only abundant physical blessings for Abraham’s descendants (Genesis 22:17), but also, thanks to the right decision of this one man, blessings through him for all the nations of the earth, physically and spiritually (Genesis 22:18).

Just one act of faithful obedience had enormous consequences.

To learn more about the lessons we can learn from Abraham’s example, read “The Faith of Abraham.”

There are many other examples in the Bible of people whose personal decisions had enormous consequences. However, whether the consequences were good or bad depended on a single and most important factor: obedience to God.

When God gave the 10 Commandments in written form at Mount Sinai, He clearly stated that obedience would bring personal and generational blessings. In turn, disobedience to these commandments would bring negative consequences to generations to come (Exodus 20:5-6).

Then, 40 years later, God summarized the same principle about obedience when Israel was about to enter into the Promised Land:

It’s worth asking ourselves the question What kind of decisions are we making today? “I call heaven and earth as witnesses today against you, that I have set before you life and death, blessing and cursing; therefore choose life, that both you and your descendants may live” (Deuteronomy 30:19).

Disobedience to God and His laws was what caused the terrible consequences of Gavrilo’s decision to kill the archduke and his wife. He did not obey the Sixth Commandment, “You shall not murder” (Exodus 20:13).

And those same factors are what can make the difference in the “butterfly effect” of the decisions you and I make every day.

What kind of decisions are we making?

It depends on us which direction we will let the butterfly of our decisions flap its wings. 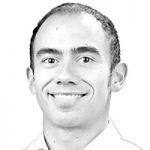 Saúl Langarica is a member of the Church of God, a Worldwide Association, in Santiago, Chile.