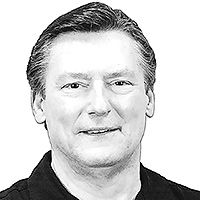 Mike was pursuing a degree in marine biology when a friend introduced him to Church of God literature in 1968. After failing to get answers to his Bible questions from the mainstream church he grew up in, he left his home state of Ohio, enrolled in Ambassador College and became a member of the Church of God. After graduating with a degree in theology in 1972, Mike began his service in the ministry in Milwaukee, Wisconsin.

Mike and Zelda enjoy traveling and have had the opportunity to tour in Israel, New Zealand, Hong Kong, China, Thailand, Austria, Germany, Slovakia and a number of Caribbean islands for diving and snorkeling. They also enjoy reading, especially history, spending time with their grandchildren and cheering for the Green Bay Packers.