Who were the saints who were raised from the dead after Christ’s resurrection? What happened to them? Were they made immortal? Are they now in heaven?

Matthew records extraordinary miracles that took place at the time of the death and resurrection of Jesus Christ! The earthquake that occurred at the death of Christ tore the veil of the temple in two, split rocks and ripped open graves!

Regarding the tombs that split open, “many bodies of the saints who had fallen asleep [that is, who had died] were raised; and coming out of the graves after His resurrection, they went into the holy city and appeared to many” (Matthew 27:51-52). Saying they were “raised” means they were raised from the dead or, to use the biblical term, they were resurrected.

Who were these saints? Bible students know that the saints will be resurrected to immortality (1 Corinthians 15:51-53). Were the people raised from the dead after Jesus’ resurrection given eternal life and immortality then? Are the people of whom Matthew wrote now in heaven?

Who were the saints?

There is confusion about what a “saint” is, but the Bible makes the answer clear. The Greek word used for “saints” is hagios.

In the plural, as it’s used in Matthew 27:52 of believers, “it designates all such and is not applied merely to persons of exceptional holiness, or to those who, having died, were characterized by exceptional acts of ‘saintliness.’ See especially 2 Thess. 1:10, where ‘His saints’ are also described as ‘them that believed,’ i.e., the whole number of the redeemed. They are called ‘holy ones’ in Jude [1:14, American Standard Version]” (Vine’s Complete Expository Dictionary of Old and New Testament Words).

The word “saints” in Matthew 27:53 refers simply to followers of Jesus who had died and been entombed. For example, Paul wrote, “To the saints and faithful brethren in Christ who are in Colosse” (Colossians 1:2). Similarly, Paul addresses his second epistle to the Corinthians: “To the church of God which is at Corinth, with all the saints who are in all Achaia” (2 Corinthians 1:1).

A great shock—but that was the idea!

Think about what it meant to have these people raised from the dead. Consider the shock of seeing your dead loved one alive and walking up the streets of Jerusalem toward you! Family members and friends may have been still in grief over the death of these people now walking toward them.

The fact that the saints appeared to many in Jerusalem implies that they were seen by people who had known them well. Surely, this miracle caused tremendous excitement (and controversy). But that was the purpose for God resurrecting these dead believers—to emphasize through yet another miracle that Jesus was the Messiah.

Could it have been a resurrection to immortality?

Does Matthew 27:53 describe people raised from the dead to eternal life? We referred above to what the apostle Paul explained to the Corinthian church about the resurrection.

Notice that Paul begins by showing that Jesus Christ became “the firstfruits”—the first to be resurrected to eternal life, the first of many to follow (1 Corinthians 15:20-21). Then Paul describes the resurrection to eternal life of all saints, i.e., all true disciples who died in Christ: “For since by man came death, by Man also came the resurrection of the dead. For as in Adam all die, even so in Christ all shall be made alive. But each one in his own order: Christ the firstfruits, afterward those who are Christ’s at His coming” (1 Corinthians 15:21-23).

These verses reveal a definite order: Christ first, then those who are Christ’s at His coming. True believers “who are Christ’s” will be resurrected at His second coming. Not until that resurrection will mortals “put on immortality” as Paul describes in 1 Corinthians 15:51-54. In 1 Timothy 6:16, Paul refers to Jesus Christ as the sole being among those who have been human to have immortality.

No one went to heaven!

Notice that Paul wrote nothing about any people raised from the dead going to heaven. The idea that heaven is the reward of the saved is one of many religious myths. (See “What Is Heaven?” for additional explanation.)

Thus, the biblical explanation of the saints who were raised from the dead in Matthew 27:52-53 is that these were people “raised” or revived to physical life. As physical beings here on earth, they were again subject to aging, disease and accidents, just like any physical person. And, as physical beings, they would one day die—again.

Not the only resurrection to physical life

Throughout history, physical resurrections were examples of God’s mercy, glory and power. They demonstrated God’s mercy, directed attention to where God’s work was being done and identified His true servants.What was the purpose behind these people being raised from the dead to physical life?

Throughout history, physical resurrections were examples of God’s mercy, glory and power. They demonstrated God’s mercy, directed attention to where God’s work was being done and identified His true servants.

Notice the case of the widow of Zarephath, who, when her son was restored to life, said to Elijah, “Now by this I know that you are a man of God, and that the word of the LORD in your mouth is the truth” (1 Kings 17:24). When Tabitha, also called Dorcas, a woman of good works, was miraculously resurrected to life through the apostle Peter, Luke records that this incident “became known throughout all Joppa, and many believed on the Lord” (Acts 9:42).

And just before restoring Lazarus to life, Jesus prayed to thank His Father for hearing Him “because of the people who are standing by I said this, that they may believe that You sent Me” (John 11:42).

The purpose of these resurrections in Matthew 27:52-53

Similar to the passages noted above, God’s purpose for resurrecting these saints who then walked into Jerusalem after Christ’s resurrection was to provide a powerful witness that Jesus was indeed the promised Messiah! No one could honestly deny the presence of tremendous supernatural power!

We are not told how long these people lived after they were resurrected from the dead. It is likely that they were among the pioneer members of the New Testament Church of God, which began just a few weeks later (Acts 2). Regardless, the Bible leaves no doubt that they are now resting in their graves waiting for Jesus Christ’s return and their resurrection to spirit.

Be sure to read the related article, “Jesus’ Resurrection: Eyewitness Accounts,” in which we also mention these saints of Matthew 27.

And, for more detail about God’s timeline for the multiple resurrections yet to come, see “Resurrections: What Are They?”

We believe this subject opens so many questions that you will want to explore this section of our “Life” library: “Is There Life After Death?”

You will discover truths plainly stated in the Bible that even trained Bible students have not understood! And once you discover this priceless knowledge, you’ll want to begin acting on this information so you, too, can be resurrected to immortal life at Christ’s return. May God be with you in this most important endeavor! Contact us know if we may be of assistance. 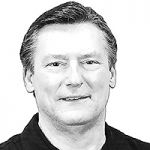