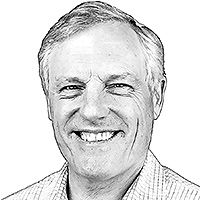 Gary McConnaughey has been married to his wife, Jane, more than 48 years and has three children and seven grandchildren. He was baptized in 1971 and ordained an elder in 1990. He became a pastor in 2002.

He has served as a minister in Boston/Worcester, Massachusetts; and Grand Rapids, Kalamazoo and Cadillac, Michigan. He is currently pastor of the Ocala and Tallahassee, Florida, congregations of the Church of God, a Worldwide Association.