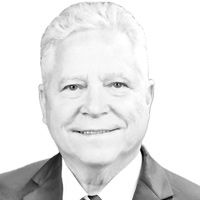 Eric Evans pastors the Church of God, a Worldwide Association, congregations in Knoxville, Tennessee; London, Kentucky; and Asheville, North Carolina. He went to Laurence Institute of Technology for engineering, then attended Ambassador College, graduating in 1986.

Eric worked in sales until he was ordained into the ministry in 1993. He has had some experience with television, having presented 12 telecasts that appeared on WGN. He also has received certification for Dave Ramsey Financial Counseling Training, directs a preteen camp and is a special music coordinator for the annual Feast of Tabernacles.

Eric is married to Loma Jean Evans, and they have three children and seven grandchildren. He played amateur hockey most of his youth and now enjoys golf in his spare time.