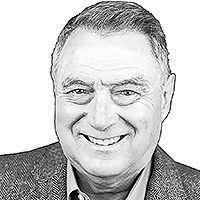 Bill Jahns graduated from Ambassador College in 1969, and he has worked full time in the ministry since then. Presently, he serves with the Church of God, a Worldwide Association, pastoring congregations in Morgantown, West Virginia, and Athens-Parkersburg, Ohio.

Bill has pastored churches in St. Paul, Minnesota; Johannesburg, South Africa; Blantyre and Lilongwe, Malawi; Salt Lake City, Utah; and Akron, Ohio. He and his beautiful wife, Cheryl, have five grandchildren who give them a great deal of joy!

Before going to Ambassador College he graduated from Washington State University with a degree in electrical engineering, and he has worked as a petroleum engineer. He has studied and written about archaeology and geology. His activities include racquetball and walking.