Why the concern? What does the Bible say about paganism?

It is true that God forbids worshipping Him using customs borrowed from pagan religions.

This is clear from Deuteronomy 12:29-32, where instructions were given to the Israelites prior to their entering into the Promised Land: “When the LORD your God cuts off from before you the nations which you go to dispossess, and you displace them and dwell in their land, take heed to yourself that you are not ensnared to follow them, after they are destroyed from before you, and that you do not inquire after their gods, saying, ‘How did these nations serve their gods? I also will do likewise.’

“You shall not worship the LORD your God in that way; for every abomination to the LORD which He hates they have done to their gods; for they burn even their sons and daughters in the fire to their gods. Whatever I command you, be careful to observe it; you shall not add to it nor take away from it.”

Surprising though this fact may be to learn, many customs integral to Christmas, Easter and other modern holidays of today’s Christianity are not pleasing to God, because they were customs ancient pagans used to worship their gods.

Like God’s people anciently, we are not to worship the true God with worship practices taken from pagan religions. For more information, see “Holidays vs. Holy Days.”

It is also true that pagan cultures used wedding rings. Historical records are sketchy and not entirely consistent, but available records generally agree that the Egyptians started the custom thousands of years ago.

These histories say the first “ring” was merely grass twisted into a circle. The obviously temporary nature of such a ring led to other plants being used, including reeds and hemp (rope). Then leather and, finally, metal became popular. Millennia later, the wedding ring was used in the Roman Empire and in countless other cultures.

Knowing that the wedding ring was used by pagan cultures and being aware of God’s direction in Deuteronomy 12, some believers have wondered if wearing a wedding ring is wrong.

Wedding rings symbolized many things in the different cultures that have used them throughout the history of man.

Initially, traditions indicate that a man placed a ring on the finger of a woman simply as proof that he “possessed” her. The ring was placed on the left hand, considered the weaker side of the body, to indicate the submission of the woman to the man.

More romantic notions were added with the thought that the “ring finger” contained a vein that ran directly to the heart. Also added at some point was the thought that this circular design implied an eternal bond (“till death do us part” is the more modern concept).

Egyptians even attached significance to the circle within the ring, using it to symbolize the unknown. Truly, no newly married couple knows with certainty what the future will bring.

Interestingly, it seems the history of wedding rings for men didn’t begin until World War II, when men began to wear a ring as a reminder of their wife back home.

Do these facts make it wrong to wear wedding rings? No. Let’s see why.

How can we discern if wedding rings are wrong?

But does their widespread superstition mean that believers today should not wear wedding rings, in light of the intended meaning of Deuteronomy 12:29-32?

What would God forbid today?

How can we properly discern what God would forbid today?

Consider exactly what Deuteronomy 12 says: “You shall not worship the LORD your God in that way.” The law has to do with direct acts of worship, not with life in general. Many actions in life are not worshipping a deity, even if some culture attached religious significance to those actions.

Consider the example of having hedgerows of trees or orchards on your property. The old English word for a small group of trees was “grove,” and it appears in the King James Version of the Bible. A grove simply means any small group of trees, including a fruit orchard.

There is nothing wrong with having a hedgerow around a home or having a fruit orchard. Yet the word “grove” appears in the King James Version many times in association with pagan worship. (See Exodus 34:13, for example.)

A “grove” became a place to avoid when it was used as part of worship, not when it was a place to go during everyday living. It would be sinful for a Christian to have a grove of trees only if he or she tried to incorporate the trees into worshipping God.

What does the Bible say?

Early American Puritans shunned the wearing of wedding rings because they believed wearing jewelry was ostentatious. But a careful study shows their belief did not reflect the Bible’s teachings.

Rings in the Bible

Earlier we find Joseph, who worshipped the true God in Egypt, accepting a ring from Pharaoh as a symbol of the high office that had been conferred upon him. Again, there is no indication that God was displeased. God continued to bless and guide Joseph after he had accepted the ring and responsibility. The ring that Pharaoh bestowed upon Joseph was a symbol of office and authority.

In the New Testament parable of the prodigal son, Jesus spoke of the father giving a ring to his returning son. That ring undoubtedly symbolized the father’s love toward his repentant son (Luke 15:22). In the parable, the father represents God, so Jesus would not have mentioned giving a ring if rings were wrong.

Just because a pagan culture attached an inappropriate meaning to rings, does not mean that wearing rings is wrong today. Pagans do not own the idea of using a ring to symbolize an important event, agreement or covenant.

Biblical use of jewelry as symbol of devotion

Several other Bible passages show jewelry being used to symbolize a special bond between people.

In Genesis 24 Abraham sent his servant to find a wife for his son Isaac. The servant found Rebekah, and he gave her a nose ring and bracelets, signifying that she was the woman he believed God had provided for Isaac (see verses 22, 30, 47).

Abraham’s servant said, “So I put the nose ring on her nose and the bracelets on her wrists. And I bowed my head and worshiped the LORD, and blessed the LORD God of my master Abraham, who had led me in the way of truth to take the daughter of my master’s brother for his son” (Genesis 24:47-48).

Notice what it says in Ezekiel 16:8-12: “‘When I passed by you again and looked upon you, indeed your time was the time of love; so I spread My wing over you and covered your nakedness. Yes, I swore an oath to you and entered into a covenant with you, and you became Mine,’ says the Lord GOD.’ …

“‘I adorned you with ornaments, put bracelets on your wrists, and a chain on your neck. And I put a jewel in your nose, earrings in your ears, and a beautiful crown on your head.’”

No, it is not wrong to wear wedding rings

Therefore, there is no biblical evidence that it is sinful for Christians to wear wedding rings as symbols of their mutual love, devotion and commitment. 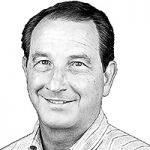