Many believe New Testament teachings did away with the biblical festivals. But Jesus kept these days. Which Christian festivals did the early Church keep?

The four Gospels tell us that Jesus Christ was martyred on the day of Passover, a festival of God (Leviticus 23:4-5), and yet was miraculously resurrected from the dead three days and three nights later, just as He had prophesied (Matthew 12:39-40).

During the 40-day period that followed, Jesus spent time with the remaining 11 disciples along with other followers “speaking of the things pertaining to the kingdom of God” (Acts 1:3). This was all preparatory to the founding of His Church.

Church founded and Holy Spirit given on Pentecost

Prior to Jesus’ ascension to heaven (Acts 1:9-11), He told them they would shortly receive the power of the Holy Spirit (Acts 1:4-8). Ten days later—50 days in all—this event actually took place. This was the real beginning of the New Testament Church, the day the Holy Spirit came upon the apostles, as vividly described in Acts 2. Later that day 3,000 were baptized and also received the Holy Spirit (Acts 2:38-41).

It is interesting to note that God chose the Day of Pentecost (literally meaning “count 50”; in other passages it’s called “the Feast of Weeks”—Leviticus 23:15-21) as the time to fill His disciples with the Holy Spirit (Acts 2:1-4) and thus begin the New Testament Church.

Some would say He chose this time because such large numbers of people were gathered in Jerusalem from distant lands to keep the Feast of Pentecost. But when a person studies the biblical instruction God gave Israel about how to keep the Feast of Pentecost, one realizes God’s reasons went beyond just picking a day when a large group would be present (see “Festival Meaning: What Are the Meanings of Each of God’s Festivals?”).

Several years later, the apostle Paul was “hurrying to be at Jerusalem, if possible, on the Day of Pentecost” (Acts 20:16). Writing to the Corinthians (around A.D. 55-57—approximately 25 years after the beginning of the New Testament Church), Paul stated he would remain in Ephesus until Pentecost (1 Corinthians 16:8).

The congregations in Corinth and Ephesus primarily consisted of gentiles (non-Israelites). Why would Paul have been talking about hurrying to get to Jerusalem by Pentecost on one occasion, and remaining in Ephesus until Pentecost on another, if Pentecost, a festival of God, had been annulled?

The Feast of Unleavened Bread

Next, note this description of how Paul instructed the Corinthians to keep the Feast of Unleavened Bread (described in Leviticus 23:6-7): “Therefore purge out the old leaven, that you may be a new lump, since you truly are unleavened. For indeed Christ, our Passover, was sacrificed for us. Therefore let us keep the feast, not with old leaven, nor with the leaven of malice and wickedness, but with the unleavened bread of sincerity and truth” (1 Corinthians 5:7-8).

Notice Paul said, “Let us keep the feast.” He was instructing them both in why and how to keep these seven days!

Why would Paul have stated these things 25 years after Christ nailed whatever was to be nailed to His stake (cross), unless the Church was still keeping these as Christian festivals? Later in the same letter Paul gave them additional guidance about how to properly keep the Passover (1 Corinthians 11:17-34), reminding them how Jesus had instructed the apostles to keep that same service as a memorial of His sacrificial death (Luke 22:8-20).

The early Catholic historian Eusebius verifies the early Church’s observance of these festivals. Eusebius lived during the time of Emperor Constantine in the 300s and wrote in his book Ecclesiastical History about the Quartodeciman Controversy, a controversy among professing Christians about continuing to keep the Lord’s Passover on the 14th day of the Hebrew calendar’s first month (hence “quartodeciman”). This controversy had been noted in the 150s and had come to a head with Pope Victor in the 190s.

Eusebius makes the following remarks about a church leader in Asia (Polycrates) who defended the keeping of the biblical Passover and the Days of Unleavened Bread:

“A question of no small importance arose at that time. For the parishes of all Asia, as from an older tradition, held that the fourteenth day of the moon, on which day the Jews were commanded to sacrifice the lamb, should be observed as the feast of the Saviour’s Passover. …

“Synods and assemblies of bishops were held on this account, and all, with one consent, through mutual correspondence drew up an ecclesiastical decree, that the mystery of the resurrection of the Lord should be celebrated on no other but the Lord’s day, and that we should observe the close of the paschal fast on this day only. …

“But the bishops of Asia, led by Polycrates, decided to hold to the old custom handed down to them. He himself, in a letter which he addressed to Victor [pope, A.D. 189-198] and the church of Rome, set forth in the following words the tradition which had come down to him: ‘We observe the exact day; neither adding, nor taking away. For in Asia also great lights have fallen asleep [died], which shall rise again on the day of the Lord’s coming, when he shall come with glory from heaven, and shall seek out all the saints.”

“All these observed the fourteenth day of the passover according to the Gospel, deviating in no respect, but following the rule of faith. And I also, Polycrates, the least of you all, do according to the tradition of my relatives, some of whom I have closely followed. For seven of my relatives were bishops; and I am the eighth. And my relatives always observed the day when the people put away the leaven [a reference to the Days of Unleavened Bread]. I, therefore, brethren, who have lived sixty-five years in the Lord, and have met with the brethren throughout the world, and have gone through every Holy Scripture, am not affrighted by terrifying words. For those greater than I have said ‘We ought to obey God rather than man’” (Historia Ecclesiastica, 3.23-25, emphasis added throughout).

Consider the magnitude of Polycrates’ words—words written approximately 160 years after the New Testament Church began. He strove to follow his teacher Polycarp, who had been taught by the apostle John, who died near the end of the first century. And John, who had rested his head on the bosom of Jesus Christ, was the one “whom Jesus loved” (John 13:23; 20:2; 21:20-25).

Other Christian festivals celebrated by the early Church

Other festivals of God are mentioned in the New Testament. Luke, in writing about the travels of Paul near the end of the book of Acts, refers to the Day of Atonement (“the Fast”) as having already occurred, noting that at that time of year (autumn), sailing was dangerous in the Mediterranean Sea (Acts 27:9; Leviticus 23:26-32).

Looking for the church behind Life, Hope & Truth? See our “Who We Are” page.

Last, but by no means least, is the weekly Sabbath day, a day also listed by God as one of His feasts (Leviticus 23:1-3) as well as one of the 10 Commandments (Exodus 20:8-11). We see numerous references in Acts to the Church meeting on the weekly Sabbath.

Acts 13:14 describes how Paul went into the synagogue in Antioch on the Sabbath day. Later in the chapter, Luke describes the result of Paul’s and Barnabas’ preaching that Sabbath: “So when the Jews went out of the synagogue, the Gentiles begged that these words might be preached to them the next Sabbath. Now when the congregation had broken up, many of the Jews and devout proselytes followed Paul and Barnabas, who, speaking to them, persuaded them to continue in the grace of God. On the next Sabbath almost the whole city came together to hear the word of God” (Acts 13:42-44).

Other passages referencing the weekly Sabbath include Acts 16:13; 17:2; and 18:4. The Sabbath day represented a time (as it was originally intended and as it still does today) for the Church to come together to fellowship, pray, sing hymns and be taught from the Word of God.

God’s festivals were kept by the early New Testament Church! The Church of God, a Worldwide Association, follows its example and the biblical commands by celebrating these Christian festivals as well. These commanded observances contain deep, personal spiritual meaning, while also revealing much of God’s plan for mankind. We encourage you to read these truths in your own Bible. After all, if God has indeed set aside holy time to communicate with those who love Him, don’t you want to know and understand?

For more on God’s plan, see the articles in the section “Plan of Salvation: How God’s Festivals Reveal His Plan.”

You will also want to watch our video series “Feasts of the Lord.” This series of 10 short videos explores God’s plan and what it means for you. 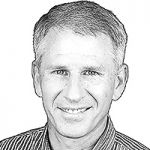 Andy Burnett has served in the full-time ministry since 2002, presently pastoring two congregations of the Church of God, a Worldwide Association, in North Texas and directing an annual weeklong church summer camp for teens.