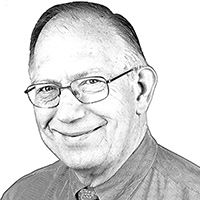 Peter Hawkins was born in England but lived in South Africa for 30 years before returning to the United Kingdom in 2002. While in South Africa, he met his wife of over 40 years, Sonja. They have four children and five grandchildren.

Peter has worked for the Church of God since graduating from Ambassador College, Bricket Wood in 1971. Upon graduation, he trained students in personal correspondence and mail processing in the U.K. office and performed various ministerial work. In 1973 he was given a short assignment to serve in the Johannesburg, South Africa, office, handling media and mail processing duties, as well as ministerial work such as visiting, Bible studies, sermons and public lectures. That short assignment turned into nearly 30 years in which he served members in Cape Town, Mauritius and various other southern African nations, while continuing office functions. He returned to the U.K. in 2002, where he continues to live.

He currently serves as office manager and pastor for congregations of the Church of God, a Worldwide Association, in the U.K. His responsibilities give him the opportunity to regularly give sermons and write for Church publications—promoting biblical values and the hope of the Kingdom of God.