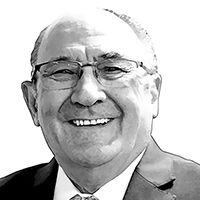 Paul Suckling is a pastor for the Church of God, a Worldwide Association. He was born in England and now lives in New England. He is happily married to his wife of over 50 years, Jane. They have two children and two grandchildren.

His first career was as a surveyor in building construction in the United Kingdom. His life was forever changed when a friend gave him copies of a magazine published by the Church of God. After learning many of the true teachings of the Bible, his reaction was: “Well, I had no idea that was in the Bible; and why have I not been told these things before by my church?”

After realizing he wouldn’t learn God’s truth from the mainstream church he was attending, he enrolled in Ambassador College and became a member of the Church of God. He eventually was ordained into the ministry and has pastored congregations in the United Kingdom and the United States. He has lived and served congregations in the Massachusetts area for the last 20-plus years.

In his free time he enjoys reading, doing research and watching soccer (or, as it’s properly called, football), especially the World Cup.