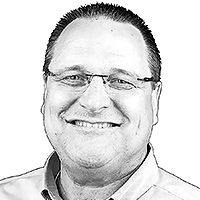 Mark Winner is a pastor, meeting planner and writer. Born in Melbourne, Australia, his early childhood years were in both Melbourne and Perth. He and his family moved to the United States (both of his parents were U.S. citizens), and he lived in California, Kansas and Alabama before pursuing and receiving a theology degree from Ambassador College in Pasadena, California.

While in college he met his future wife (Colleen), and they moved to southern Indiana in 1985. Soon after moving to the greater Louisville, Kentucky, area he began a window cleaning business and later added a janitorial arm to the business. A little over 10 years later he decided to accept a pastorate and sell his business.

He has always had a passion for the Bible and a love of people. What makes people “tick” is something that has always fascinated him. Although he doesn’t have a lot of free time, he enjoys reading, sports and playing music.

Mark has two children (a daughter and a son) and three grandchildren. He has pastored congregations in Kentucky and Tennessee and currently lives and serves as a pastor in the Atlanta, Georgia, area for congregations of the Church of God, a Worldwide Association.