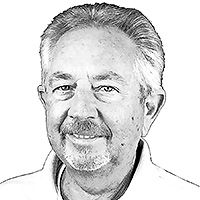 First sent to serve in Canada in the Toronto, Ontario, area, he pastored in many assignments including the Canadian headquarters congregation in Vancouver, British Columbia, where he also served as the director of youth programs. He also coordinated several Feast of Tabernacles sites in the U.S. and Canada.

He has been married to Bonnie for more than 45 years, and they have four children and 10 grandchildren. Larry and Bonnie have been active tennis players for decades and both exercise daily in various activities. Bonnie usually runs several miles each morning and Larry heads to the local gym.

Larry has published one book, America, Renewal or Ruin (2003). He also is writing a book, The Story of Adolescence in America, which is yet to be published.

Larry enjoys woodworking and has built much of their furniture. He is also an avid reader and has read countless books over the years and has a considerable library.