Christ and the early Church didn’t celebrate Christmas. Why? If you strip it of its commercialism, pre-Christian customs and inaccuracies, what do you learn?

Today, Christmas has become a nostalgic icon of a past that never was. Santa Claus, the Christmas tree and lots of gifts take center stage in Christian and non-Christian homes.

But these and other customs have little connection to the Bible and the true story of the birth of Jesus, or the message and meaning of His first coming. While the Bible teaches a great deal about Jesus and His message through the story of the birth of Jesus Christ (“Christ” means “messiah” or “anointed”), the traditions of Christmas often mislead, misinform and even contradict the Scriptures!

Would you be surprised to learn that the Bible doesn’t say when Jesus Christ was born? That the early New Testament Church didn’t celebrate Christmas? That Christmas was banned by the Puritans of New England? Or that some Christians today do not celebrate Christmas for biblical and doctrinal reasons?

The primary problem is that the roots of Christmas lie in polytheistic, pagan religious practices, rather than in Christian ones. The New Testament Church honored Christ as the One who came to deliver us from error, darkness and sin. Having turned from paganism to follow Christ, early Christians would never have continued in the practices of paganism in an effort to honor Him!

The apostle Paul wrote, “For you were once darkness, but now you are light in the Lord. Walk as children of light (for the fruit of the Spirit is in all goodness, righteousness, and truth), finding out what is acceptable to the Lord. And have no fellowship with the unfruitful works of darkness, but rather expose them” (Ephesians 5:8-11).

If something is grounded in practices dedicated to pagan worship and false gods, continuing in such “unfruitful works of darkness” would have been a fundamental violation of the allegiance and obedience they were pledging, as Christians, to their Savior and King!

No wonder, then, that the New Testament Church did not observe Christmas.

When did “Christmas” become “Christian”?

“This celebration was probably influenced by pagan (unchristian) festivals held at that time. The ancient Romans held year-end celebrations to honor Saturn, their harvest god; and Mithras, the god of light. Various peoples in northern Europe held festivals in mid-December to celebrate the end of the harvest season. … [Their] customs gradually became part of the Christmas celebration” (ibid.).

Even religious people who celebrate Christmas have written about its non-Christian roots. Consider this history from the “Grace to You” website: “The decision to celebrate Christmas on December 25 was made sometime during the fourth century by church bishops in Rome. They had a specific reason for doing so.

“The first mention of the celebration of Christmas occurred in A.D. 336 in an early Roman calendar, which indicates December 25 as the day of observance”“Having turned long ago from worshiping the one true God and creator of all things, many early cultures in the Roman empire had fallen into sun worship. Recognizing their dependence on the sun’s yearly course in the heavens, they held feasts around the winter solstice in December when the days are shortest. As part of their festivals, they built bonfires to give the sun god strength and bring him back to life again. When it became apparent that the days were growing longer, there would be great rejoicing.

“The church leaders in Rome decided to celebrate Christ’s birth during the winter solstice in an attempt to Christianize these popular pagan celebrations. For the most part their efforts failed to make the people conform, and the heathen festivities continued.”

“An affront unto the grace of God”

The Roman festivals were characterized by licentiousness—a trait that continued to characterize the supposedly Christian holiday through the centuries.

“Through most of its history, the Christmas season has been a time of raucous revelry and bacchanalian indulgence more akin to Mardi Gras or New Year’s Eve than to a silent holy night. So tarnished, in fact, was its reputation in colonial America that celebrating Christmas was banned in Puritan New England, where the noted minister Cotton Mather described yuletide merrymaking as ‘an affront unto the grace of God’” (Jeffery L. Sheler, “In Search of Christmas,” U.S. News and World Report, Dec. 23, 1996).

Christmas’s bad name continued as cities and celebrations grew. In 1828, “New York City organized its first professional police force in response to a violent Christmas riot” (ibid.). But wild and sometimes violent celebrations were soon to be transformed into the family friendly gatherings around the Christmas tree that have become the stuff of nostalgia—thanks, ironically, largely to the power of advertising and the commercialism so many today decry.

“The new tradition of Christmas gift giving created an instant retail bonanza, and merchants and advertisers soon began to promote the season nearly as much as they promoted their wares. By the 1870s, one historian observes, ‘department stores often outdid the churches in religious adornment and symbolism, with pipe organs, choirs, … statues of saints and angels’ in a manner that bathed ‘consumption in the reflected glory of Christianity’” (ibid.).

Is Christ in Christmas?

Many today want to “put Christ back into Christmas,” but the fact is that Dec. 25 was not Christian in the first place. It was a polytheistic festival based on myth. Just proclaiming something Christian does not make it so, no matter what rationalizations we may use. Can you put Christ into paganism? Is that right? Or does that misrepresent the purity, light and truth that Christ Himself represents?

Over the decades, parents have told children about Santa Claus and his workshop at the North Pole. Where in the Bible does God excuse lying—especially to our children?

Even gift-giving customs have non-Christian roots. In his book 4,000 Years of Christmas: A Gift From the Ages (1997), Episcopal priest Earl Count relates historical connections between exchanging gifts on the 12 days of Christmas with the customs of ancient, pagan Babylon. He shows that mistletoe was adopted from Druid mystery rituals and that Dec. 25 derives from the ancient Roman Saturnalia rather than with Jesus.

What about Jesus’ birth?

But what if you were to strip away all of the pagan customs, avoid the commercialism and just focus on the birth of our Savior? Wouldn’t Christmas be a good time for that?

As we have seen, the date of Dec. 25 was chosen not for Christ, but for the pagans who did not want to give it up. Interestingly, the biblical record proves that Jesus was not born anywhere near Dec. 25.

Luke 2:8-11 tells us that at the time of the birth of Jesus the shepherds were watching their flocks in the fields at night.

The Interpreter’s One-Volume Commentary says: “These humble pastoral folk are out in the field at night with their flock—a feature of the story which would argue against the birth (of Christ) occurring on Dec. 25 since the weather would not have permitted it” (1971, note on Luke 2:4-7).

What of the wise men?

That’s not the only biblical fact that Christmas customs have wrong. Joe Kovacs, author of Shocked by the Bible, points out, “If asked how many wise men were present at the Bethlehem manger when Jesus was born, most people would likely answer, ‘Three.’ They would be wrong. The correct answer from the Bible is actually … zero!” (2008, p. 3).

Matthew 2:1, 11 shows the true story not pictured in nativity scenes. It tells us that the wise men came into a house where they saw the young Child. It doesn't actually say how many wise men came. So, the traditional nativity scene with three wise men at a manger is just not biblical. King Herod of Judea killed the children in Bethlehem who were 2 years old and younger, according to Matthew 2:16. This also indicates that some time had passed since Christ’s birth in the manger before the wise men saw Him in a house.

If God intended us to memorialize the birth of Jesus, wouldn’t He have told us when He was born and how to celebrate it? While Jesus does instruct us to memorialize His death and its spiritual significance, neither He nor His disciples said to do so regarding His divine birth—significant and miraculous as it is.

What difference does it make?

Some will wonder, “What difference does it make? Those pagan customs now have ‘Christian meanings.’ Doesn’t that make them acceptable?”

If we leave the decision up to human opinion, the debate could probably go on endlessly. But God specifically addresses the issue of what customs to use in worshipping Him. We should look to the Bible for the answer.

It’s found in Deuteronomy 12:29-32: “When the LORD your God cuts off from before you the nations which you go to dispossess, … take heed to yourself that you are not ensnared to follow them, after they are destroyed from before you, and that you do not inquire after their gods, saying, ‘How did these nations serve their gods? I also will do likewise.’ You shall not worship the LORD your God in that way; for every abomination to the LORD which He hates they have done to their gods; for they burn even their sons and daughters in the fire to their gods. Whatever I command you, be careful to observe it; you shall not add to it nor take away from it.”

To the devoutly religious Pharisees, Jesus said in Mark 7:6-9: “Well did Isaiah prophesy of you hypocrites, as it is written: ‘This people honors Me with their lips, but their heart is far from Me. And in vain they worship Me, teaching as doctrines the commandments of men.’ For laying aside the commandment of God, you hold the tradition of men. … All too well you reject the commandment of God, that you may keep your tradition.”

So in God’s eyes, it does make a difference. He wants to be worshipped the way He instructed.

In spite of what many think, it is impossible to turn pagan customs into Christian ones. Jesus Christ is “the way, the truth, and the life” (John 14:6) and is to be worshipped in “sincerity and truth” (Joshua 24:14; 1 Corinthians 5:8). Pagan practices do not reflect the truth.

Why not check out the articles on this site that describe the festivals God did say we should observe to honor Him?

For more study, read the articles in this section: “Who Is Jesus?” 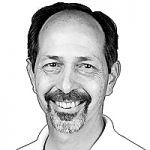 James Capo has served in the ministry of Jesus Christ for more than 30 years, and currently pastors the Tucson, Prescott Valley and Phoenix, Arizona, and Homer, Alaska, congregations of the Church of God, a Worldwide Association.