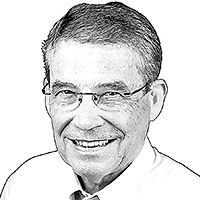 Jack Hendren and his wife, Mary, met at Hanover College in southern Indiana and have been married over 50 years. He spent seven years in the navy and 25 years in the computer industry.

Jack was ordained an elder in 1986 and entered the full-time ministry in 1996. Jack has pastored brethren in California, Atlantic Canada, New England, Ohio, Pennsylvania and Texas before retiring at the end of 2015.

The Hendrens have two adult daughters and two granddaughters and now live and serve in the Austin, Texas, congregation of the Church of God, a Worldwide Association.