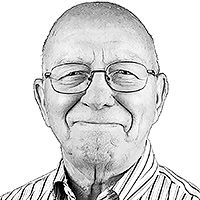 Charles Haughee was a faithful elder of the Church of God, a Worldwide Association, and author of 11 articles on the Life, Hope & Truth website before his death in 2022. He and his wife, Kaye, were married on the first day of January 1955. They had four children who produced eight surviving grandchildren and 18 great-grandchildren.

Both natives of Gary, Indiana, they resided in eight different states during their married life, which gave them special insight regarding lifestyles and cultures in other areas.

They became interested in the Church of God in 1964, began attending services in the spring of 1968 and were baptized on June 15 of that year. Charles was ordained a minister of Jesus Christ on Dec. 9, 1995.

His interest in writing was sparked when he was selected editor-in-chief of his high school newspaper. He continued through the years by authoring newspaper columns, procedural manuals and training booklets, and he contributed to the One Accord Church newsletter as well as the Life, Hope & Truth website.